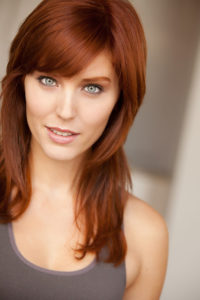 Join us for an exciting Zoom presentation with Mara Davi, a Cornwall Public Library patron, who has performed on Broadway and toured throughout the United States and Japan. She is an accomplished actor, singer and dancer, who will be sharing her story and taking questions on her journey to Broadway. Mari will also perform, accompanied by her pianist/music director, Eli Katz Zoller. Registration is required here to receive a Zoom link the day of the program.

Mara Davi Bio: On Broadway, Mara most recently appeared in The Play That Goes Wrong. Mara was also seen on Broadway in Dames at Sea (Astaire Nomination), Irving Berlin’s White Christmas, The Drowsy Chaperone and the Original Revival Cast of A Chorus Line. Other New York credits include Death Takes A Holiday at the Roundabout Theatre, No, No Nanette and Of Thee I Sing at City Center Encores! Regionally, Mara appeared in My Paris at Long Wharf Theatre (CT Critics Circle Award), Ever After at Paper Mill Playhouse, Into the Woods, Company and Kiss Me Kate at Barrington Stage, Beaches at the Signature Theatre (Helen Hayes Nomination), The Toxic Avenger at the Alley Theatre, Thoroughly Modern Millie at Sacramento Music Circus, Dancing In The Dark at the Old Globe. Mara toured America and Japan as Peggy Sawyer in 42nd Street. Her television credits include FBI, Prodigal Son, Mysteries of Laura,The Good Wife, Taxi Brooklyn, Smash, and Blue Bloods. On film, Mara can be seen in Kensho at the Bedfellow and New Year’s Eve as well as Every Little Step, the documentary about the making of the revival of A Chorus Line. Her debut album Unspoken by Mara and the Bitter Suite is available online.

This project is made possible with funds from the Decentralization Program, a regrant program of the New York State Council on the Arts with the support of Governor Andrew Cuomo and the New York State Legislature and is administered by Arts Mid-Hudson.