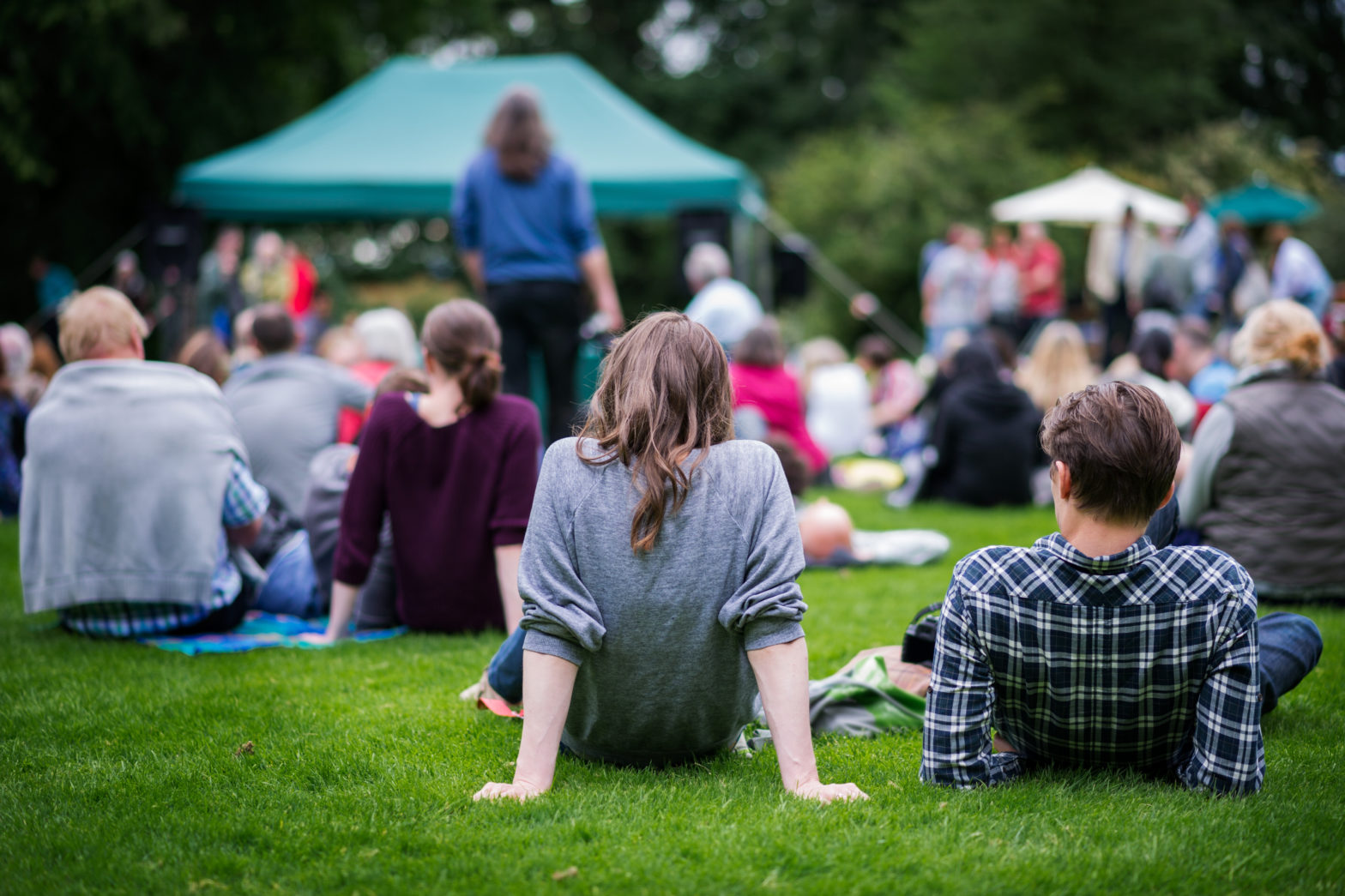 Enjoy music under the stars this summer, featuring a variety local artists. Each concert is a drop-in event, outside on the lawn near the library portico.

Be sure to Bring Your Own Chair or blanket to sit on!

Jerry Ebert wrote his first melodies in Cornwall, while at St. Thomas School. He graduated CCHS in 1971, and returned after college in the late 1970s to work as a reporter and editor of the Cornwall Local. For many years he and his five brothers and six sisters performed at St. Thomas Church. His songs mix the folk, pop, country and spiritual musical influences he has absorbed living in the Hudson Valley, including his long friendship with the late legendary folksinger Pete Seeger from Beacon. Besides Seeger, Ebert has opened for Don McLean, David Bromberg, Harry Chapin, Livingston Taylor and others. His online project Booksongs blends original music with his photos, poems and other writings.
Series Schedule: